This first book jumped out at me from a glowing review in the Wall Street Journal earlier this year: The Making of Stanley Kubrick’s 2001: A Space Odyssey, by Piers Bizony. This is a stunning coffee table book, ingeniously packaged in its own symbolic “monolith” box. While I didn’t splurge, a larger four-volume version (autographed by Mrs. Kubrick) is available in a limited edition run of 500 for $1,500. If you buy that one, lunch is on me. 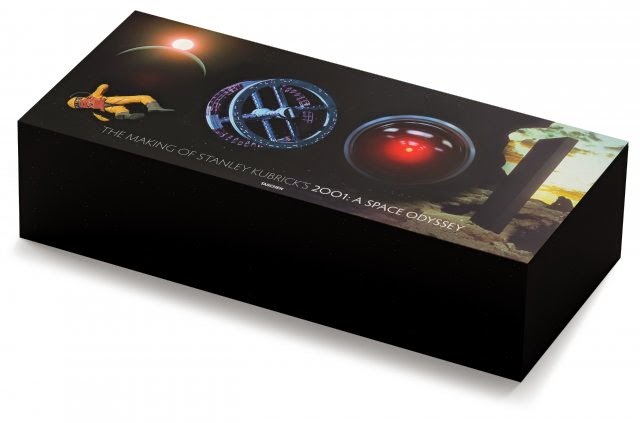 Stanley Kubrick’s genius was that he came up with the visual style of the film long before he even had the the story. He commissioned a series of magnificent paintings (the heart of this book) before the script was even written: 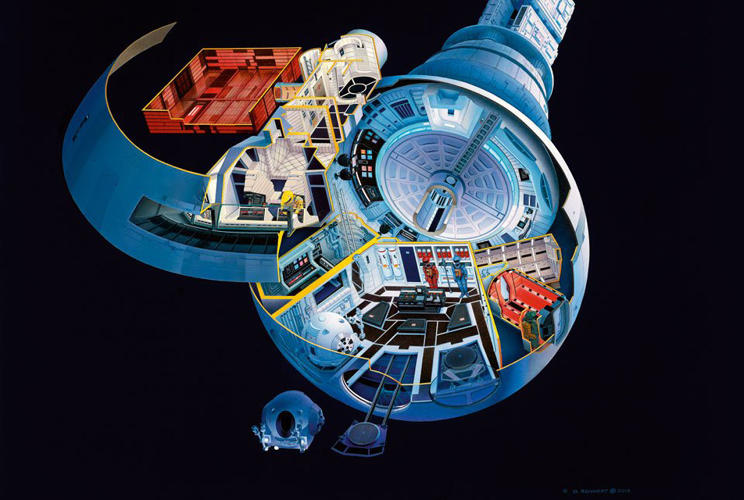 Despite tremendous pressure to cut corners from the banks and studios that financed the film, he remained true to his vision right through to his final edit. It’s quite an inspiring story.

It’s also full of wonderful movie trivia, including this fact: In 1969 the Academy Awards did not nominate Space Odyssey for Best Costume Design, despite its riveting portrayals of early man, allegedly because they believed the “actors” were real apes.

I’ll leave it for you to decide:

And this, in my own whimsical and idiosyncratic way, brings me to the heart of  the matter, to the gorilla in the room, to the concept so often left unexplored in our industry:

You won’t hear “the D-word” much at boat shows, for obvious reasons. And googling the concept won’t provide you with any accurate and authoritative data. For reasons that run from the obscure to the obvious, there is no reliable Kelly’s Blue Book of yacht values. Some surveyors and brokers offer their opinion on the matter, usually throwing out an anecdotal “10% a year for the first five years”.  But they don’t tell you how they got there. So I took a crack at it.

Yachtworld has an industry-insider database called “SoldBoats.” A subscriber can, for example, see the sale prices of every brokerage Riva 33 sold in the USA for the last five years. If you can determine the original sale prices, you’re most of the way towards knowing the true cost of yacht ownership. No matter what builder (and continent) you choose, I urge you to ask your broker to take you through their version of this analysis. Be forewarned, sometimes this journey takes courage!

Looking at the usual suspects for the last few years (from Italian, Asian and American builders)  I come up with an average annual depreciation rate of:

And the Hinckley experience, you may well ask?

Well, I was prompted to go down this path two weeks ago when I got the full report of the sale of a three-year old Hinckley Talaria 43. 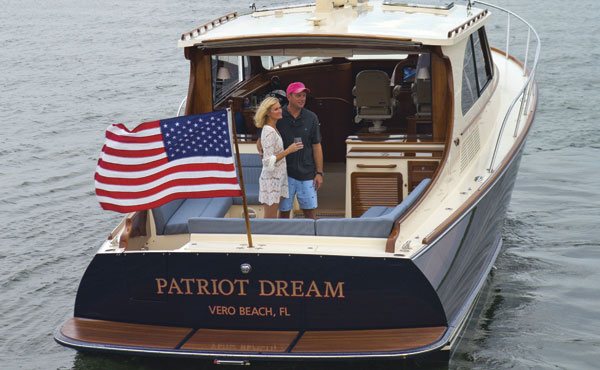 Her total depreciation came to a shocking 7.14%. On an annual basis that’s just :

However compelling an anecdote that is, I didn’t want to hang my hat on a single data point. So I sit here today with a boatload (lol) of rock-hard data about every brokerage Picnic Boat Mark III sold since the spring of 2011.

Twenty-three of them found new owners, after having been owned for between 12 and 87 months. I was stunned by the median annual depreciation rate:

What is going on here?

My theory, as we have been discovering together for the last few months at The Fog Warning, is that there is an ever-reinforcing value proposition here at Hinckley. If you go back and read through my last five or six blog postings, the ingredients of a recipe are revealed:

Stir well and serve immediately to get:

That qualitative and quantitative value bakes in the lowest depreciation rate, and the lowest cost-of-ownership plan I know. So put it this way, if you can buy a new yacht that retains 92.9% of its value three years later, I’ll ask you to do two things: first, call me to verify the numbers. Second, rush to contract. 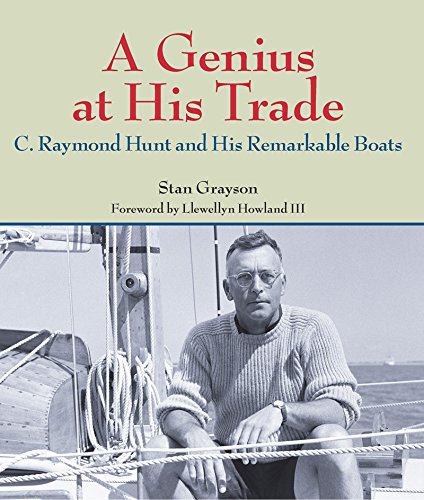 I haven’t read many biographies that I would characterize as thrilling (although I’m reading one about spy novelist John Le Carre right now that comes close) but I think most boaters will find  A Genius at his Trade a thrilling read.

I’m going to quote Joseph Gibbons here from his review in Maine Boats and Harbors magazine:

To call Ray Hunt an Archimedes doesn’t seem wide of the mark. The Greek philosopher—inventor of the screw propeller, explainer of the principles of leverage, conceiver of the laws of displacement of fluids while taking a bath—saw more clearly into the physical world than other men. C. Raymond Hunt (“C” for Charles) was like that, too. The New England sailor and designer was father or godfather to the deep-vee powerboat, the ubiquitous 13′ and 16′ Boston Whalers, the Concordia yawls, the modern spinnaker, the amidships cockpit sloop, the lively 110 and 210 day-racers, an improved destroyer hull design for the U.S. Navy, world-beating 5.5-Meter yachts, and perhaps scores more of boats and boat developments that were left unfinished in the creative ferment of his life, were taken up by others, or remain to be discovered.

I’ve highlighted Joseph’s comment about Hunt’s “creative ferment” because I see how it lives on today at Hunt Yachts. As they say on their website:

“Along with Hunt Design Associates, we have benefitted greatly from the design heritage of Ray Hunt and are proud to count his grandson, Ray Hunt III among our engineering team. Our company was founded on C. Raymond Hunt’s design principles, specifically the innovative, deep-v hull that still sets Hunt Yachts apart today.”

I am so pleased and excited to tell you today that I can show  the results of this esteemed heritage at the Newport Boat Show this September. Just say the word, and I’ll introduce you to Ray and the entire design team, and provide you with a personal and private tour of the brand new Hunt 72: 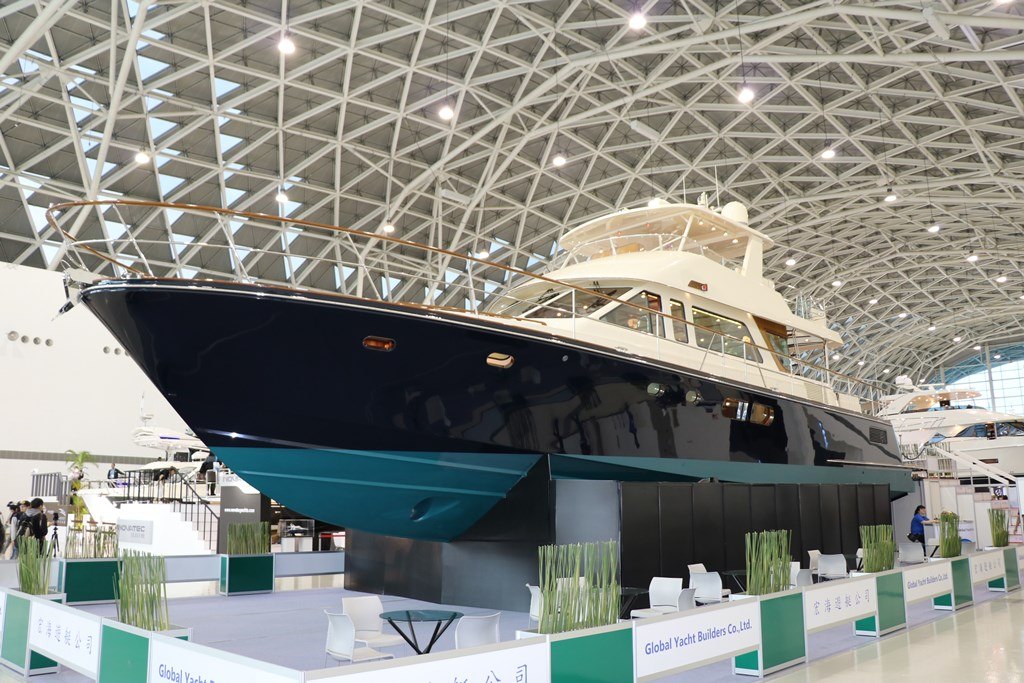 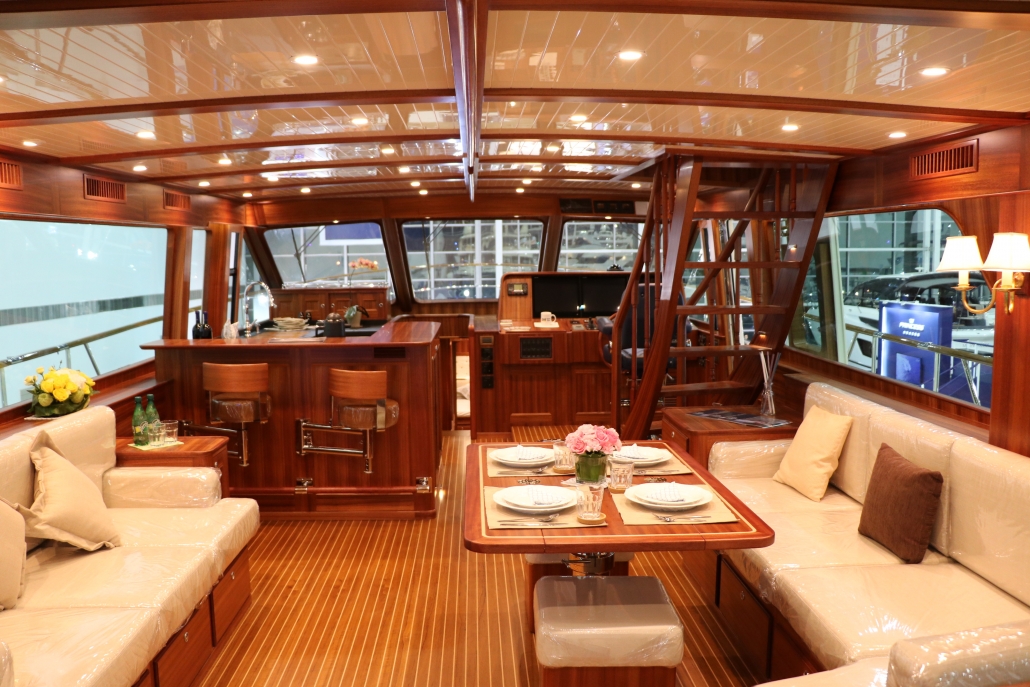 Please feel free to take me up on all that I have offered you here today. You know the drill – Just launch a flare!

Oh, one last thing – Do you recall last week’s “snoozeagram” about the sudden availability of a mid-build Picnic Boat MK III? Well, it sold, in just a matter of days. As I’m known to say from time to time: 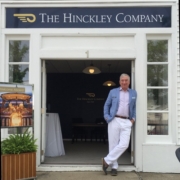 Big News in the Yachting World 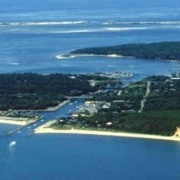 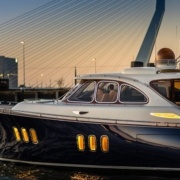 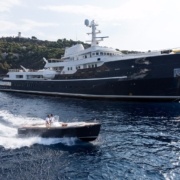 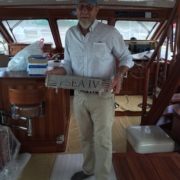 From Yacht to Ship 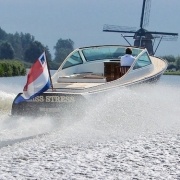 I have a haddock!
You snooze, you lose!

Weapon of Choice
Scroll to top